The group of trees in the upper western garden, near the entry gates, is dominated by an ageing Moreton Bay Fig (Ficus macrophylla), Bunya Pine (Araucaria bidwillii), Plum Pine (Podocarpus elatus) and American Bull Bay Magnolia (Magnolia grandiflora). The Moreton Bay Fig (Ficus macrophylla) was a key element of many early planting schemes on larger estates prior to subdivision. Two other Moreton Bay Figs of much larger scale and proportions occur on this property (northern and eastern gardens) and appear to be of similar age to this smaller, stunted specimen. It is believed that this significant botanical collection of native rainforest species is a remnant of the once extensive gardens of Alexander and Eliza Macleay’s Elizabeth Bay House estate.

The Bunya Pine (Araucaria bidwillii) is relatively uncommon within the City of Sydney LGA. It is a highly ornamental rainforest tree with a distinctive, broadly spreading canopy and dramatic silhouette. It was often planted with other native Australian rainforest pines. The native Plum Pine (Podocarpus elatus) tends to be a much smaller growing species, however it is a common associate of these nineteenth century collections. Although relatively small in stature and now in decline, these trees still retain a dramatic presence creating a distinctive sense of place. The combination of exposed eastern ridge-top location, poor sandstone soils and low moisture holding capacity have shaped and limited these hardy rainforest species over time. The ‘Kincoppal’ development has further altered their environment and each of these specimens are now requiring sensitive arboricultural solutions to improve their viability and status.

This historic composition is further supported by other typical associates such as Washington Palm (Washingtonia robusta), Chinese Fan Palm (Livistona chinensis) and Camphor Laurels (Cinnamomum camphora), since removed. All of these components would date from the late nineteenth to early twentieth century.

There are three Little Mountain Palms (Lepidorrhachis mooreanum syn. Clinostigma mooreanum), planted in association with some Kentia Palms (Howea forsteriana) immediately east of the Moreton Bay Figs on the western boundary. These small, slow growing, feather-leaved palms have their origins in the high altitude mossy forests of Mt Lidgbird and Mt Gower, Lord Howe Island. These specimens standing at only 2-3 metres clear trunk height are tall for this species. Charles Moore, Director of the Royal Botanic Gardens (1848-1896), visited Lord Howe Island briefly in 1869 and reported in the Gardeners Chronicle (Sept. 1869) the occurrence of four kinds of palms. The most common species across the island were the Kentia (or Thatching) Palm (Howea forsteriana) and Sentry (or Curly) Palm (H. belmoreana). At an elevation of about 500 metres, the rare Umbrella Palm (Hedyscepe canterburyana) was encountered. Moore went on to say that “…on the tops [of the two high mountains] another and smaller species of palm than any of the preceding kinds is said to grow in very great abundance…I speak of this palm only from hearsay, as neither I, nor any of the party who visited the island with me, succeeded in reaching either of the mountain’s tops”. This palm species was later named in honour of Charles Moore.

Furthermore, a very old Port Jackson Fig (Ficus rubiginosa f. rubiginosa) growing on the eastern mid-level terrace is believed to be a possible indigenous remnant or regrowth and part of the former open-forest/ woodland community on these sandstone cliffs. A massive base of aerial and coalesced roots cascade over sandstone rock outcrops. The fig has seven major trunks emerging over the embankment and covering an area of 30 metres in diameter. The expansive canopy hangs over the embankment, like a veil, to the high-water mark. The fig is of great visual prominence on this section of Macleay Point and can be seen from many public vantage points around Rushcutters Bay (including Reg Bartley Oval – refer to listing in this Register) This Port Jackson Fig creates a dramatic sense of place and scale to this location. This fig has individual significance at the local level in terms of its high visual, aesthetic, scientific and biodiversity values. Furthermore, this tree continues the lush, native evergreen and broadleaf theme typical of nineteenth century planting in this location.

It is also important to note the number of smaller Port Jackson Figs scattered along these foreshore cliffs. These are all local native colonisers of this disturbed site. In particular, a number of inter-linked, stunted specimens (up to only 5-7 metres in height) occur along the most north-easterly point of the property. These figs overhang a large sandstone outcrop and form a contiguous massed canopy, approximately 25 metres in length. A similar massing of Port Jackson Figs, albeit usually smaller in scale, occurs in a number of locations throughout the study area, particularly along sandstone cliff cuttings in The Rocks and Glebe areas.

This eclectic, subtropical collection of mature native Australian rainforest pines, broadleafs and palm species has significance at the local level in terms of their aesthetic, visual, historic, cultural, social, botanic and biodiversity values.

John Hughes (1825-1885), grocer, property developer and Catholic benefactor, was born on 24 June 1825. Having purchased land at Elizabeth Bay in 1869, over the next five years Hughes built an elegant residence, which he named Kincoppal (Erse for sea-horse) after a rock formation in the harbour nearby. In 1882 the Pope appointed him knight of the Order of St Gregory; he was later promoted knight commander but before receiving the brief died at his home on 29 June 1885. He was survived by his wife, two sons and four daughters, two of whom became Sisters of the Sacred Heart. Kincoppal was bequeathed to the elder, Maria (1858-1951).

The religious order of the Sacred Heart established a Convent School in 1903, in Bourke Street, Darlinghurst, on the site where St. Margaret’s Hospital now stands. In 1909 the school moved to Elizabeth Bay, Kincoppal having been left to Mother Maria Hughes by her father. They welcomed their first pupils at Kincoppal at Elizabeth Bay in 1909. Hughes’s sons (Sir) Thomas and John and their descendants were prominent in law and politics in Sydney in the next century.

The three Little Mountain Palms (Lepidorrhachis mooreanum syn. Clinostigma mooreanum), planted in association with some Kentia Palms (Howea forsteriana) and immediately west of the Moreton Bay Fig (Fig 22.19.3), are of particular botanic and scientific significance. These small, slow growing, feather-leaved palms have their origins in the high altitude mossy forests of Mt Lidgbird and Mt Gower, Lord Howe Island. This species of palm is rarely cultivated and has never been a commercially viable species. These specimens standing at only 2-3 metres clear trunk height are tall for this species. The palms are likely to have associations with the Macleay’s Elizabeth Bay House gardens and Charles Moore. They are the only known specimens of this species in the City of Sydney LGA, apart from those held in the Royal Botanic Gardens. Charles Moore, Director of the Royal Botanic Gardens (1848-1896), visited Lord Howe Island briefly in 1869 and reported in the Gardeners Chronicle (Sept. 1869) the occurrence of four kinds of palms. 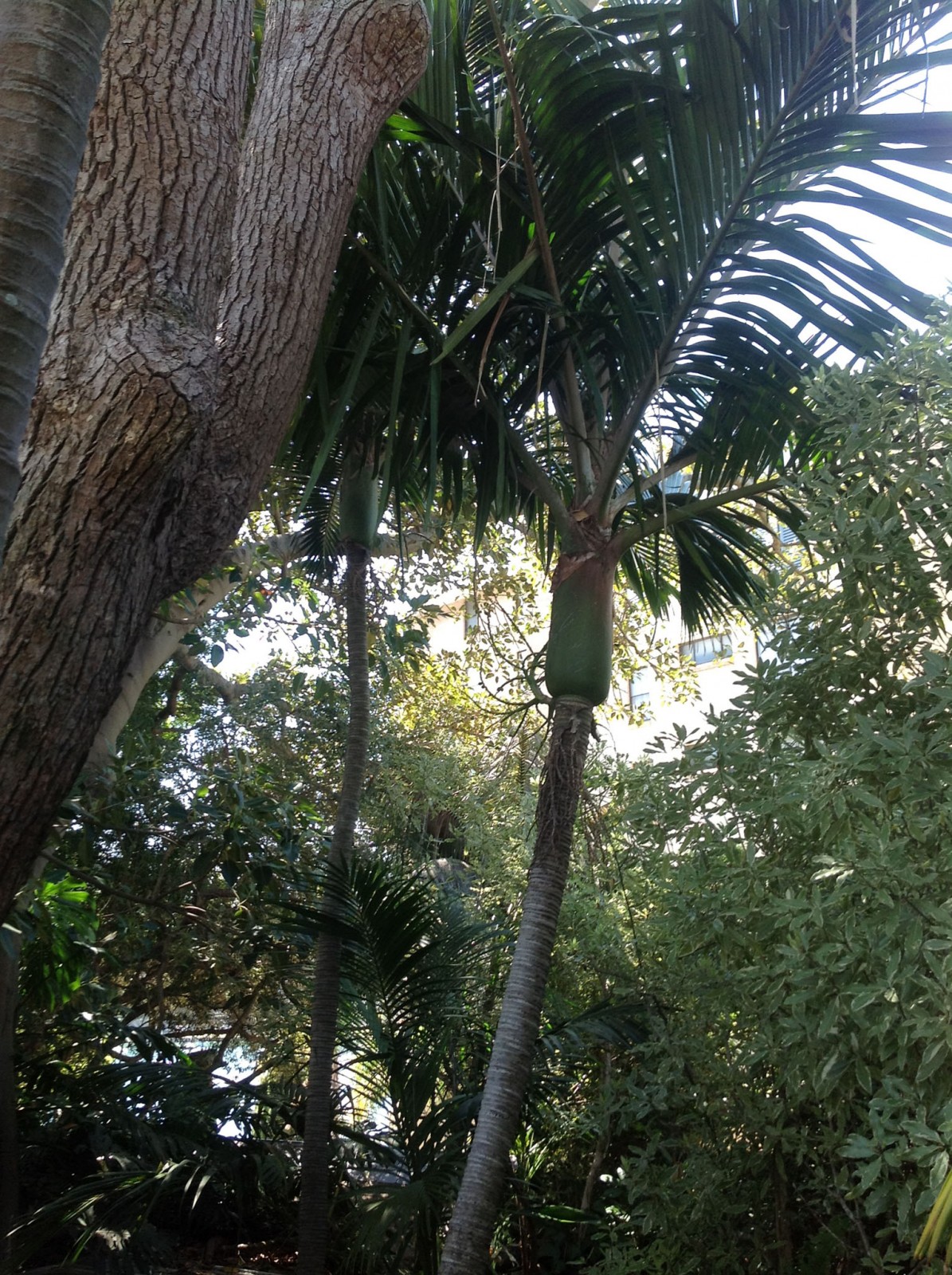 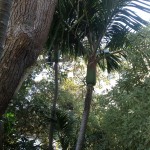 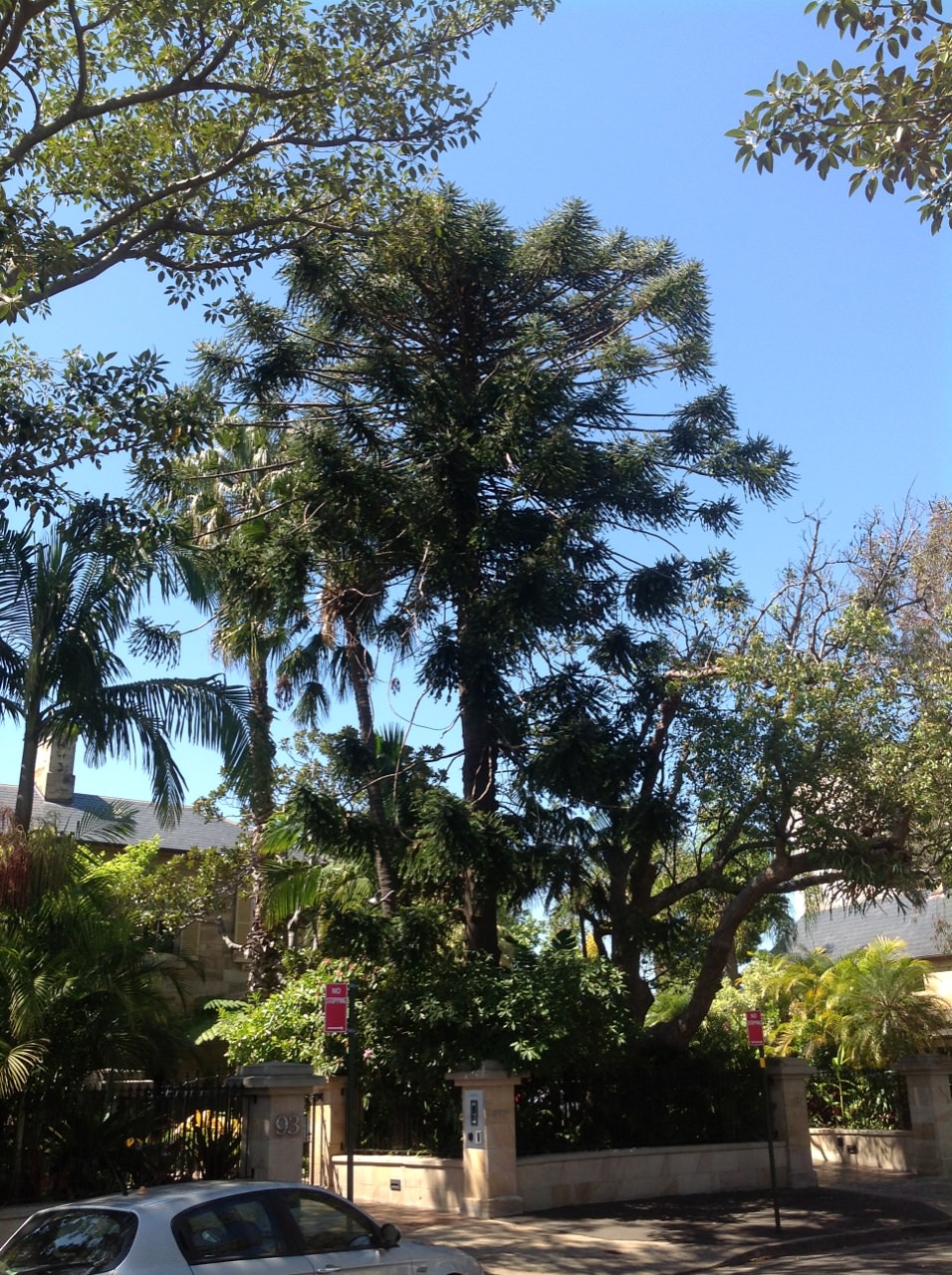 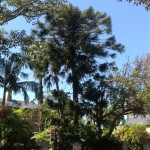 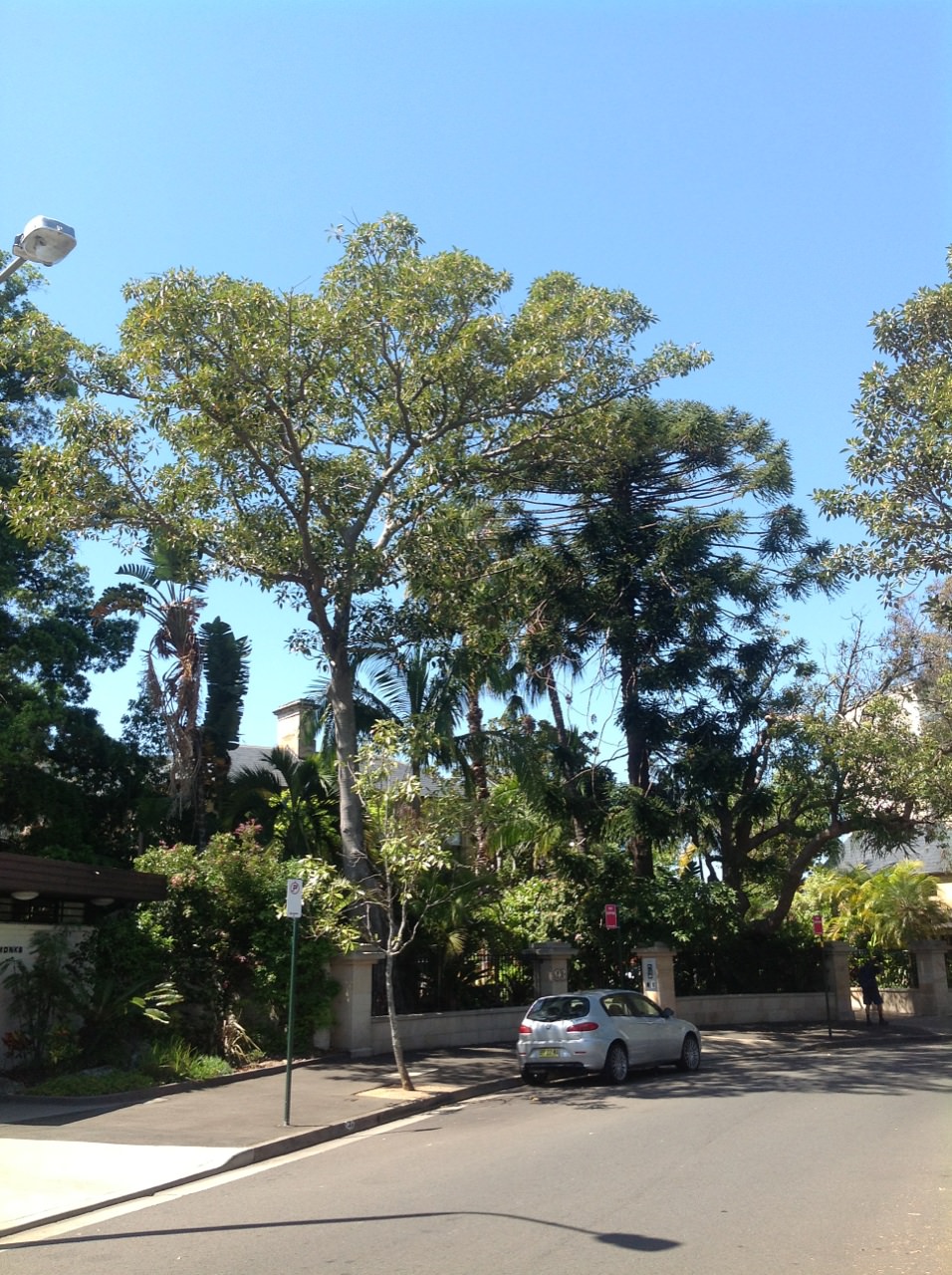 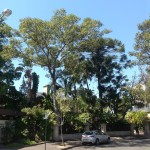 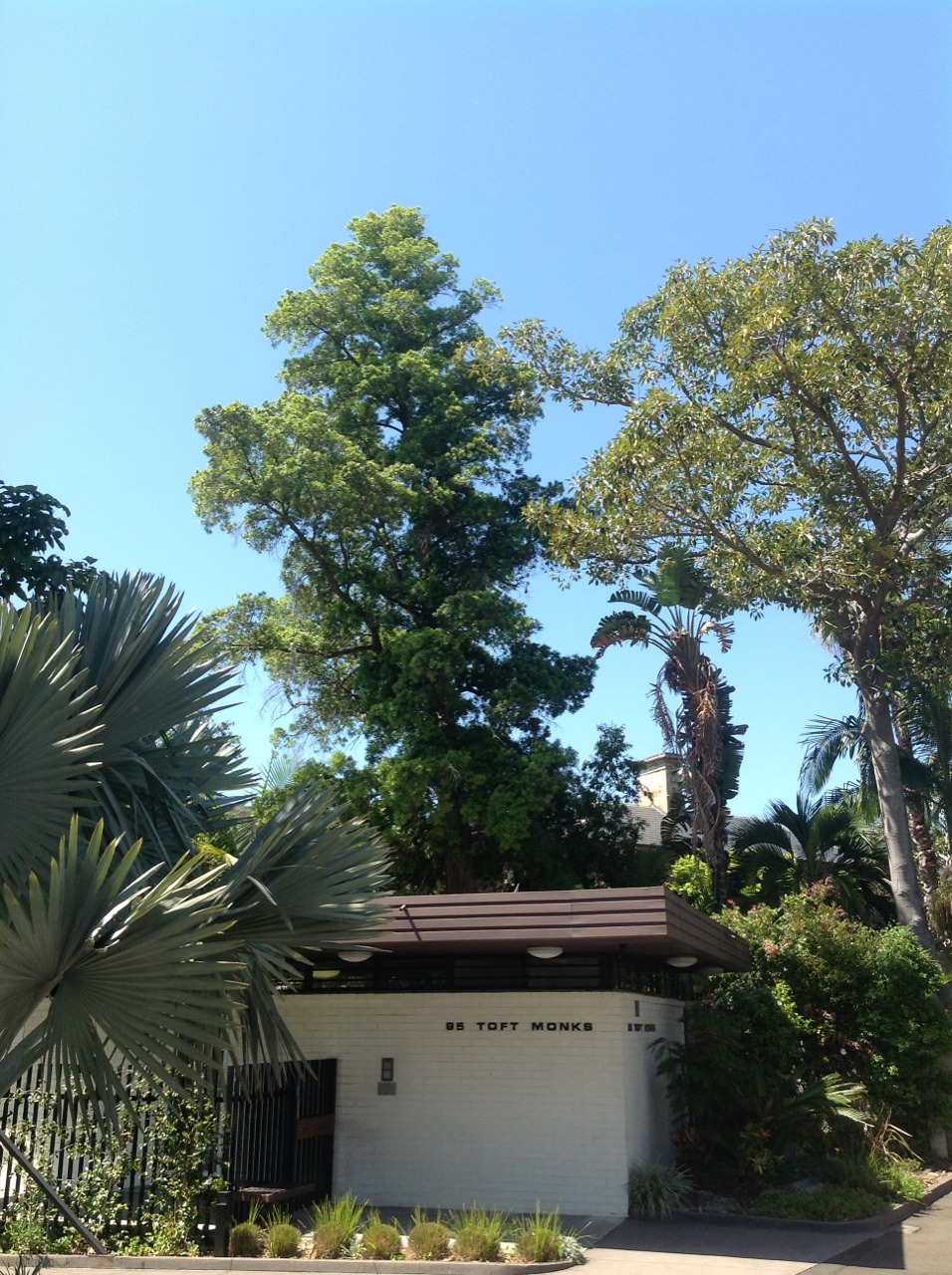 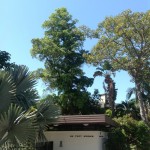 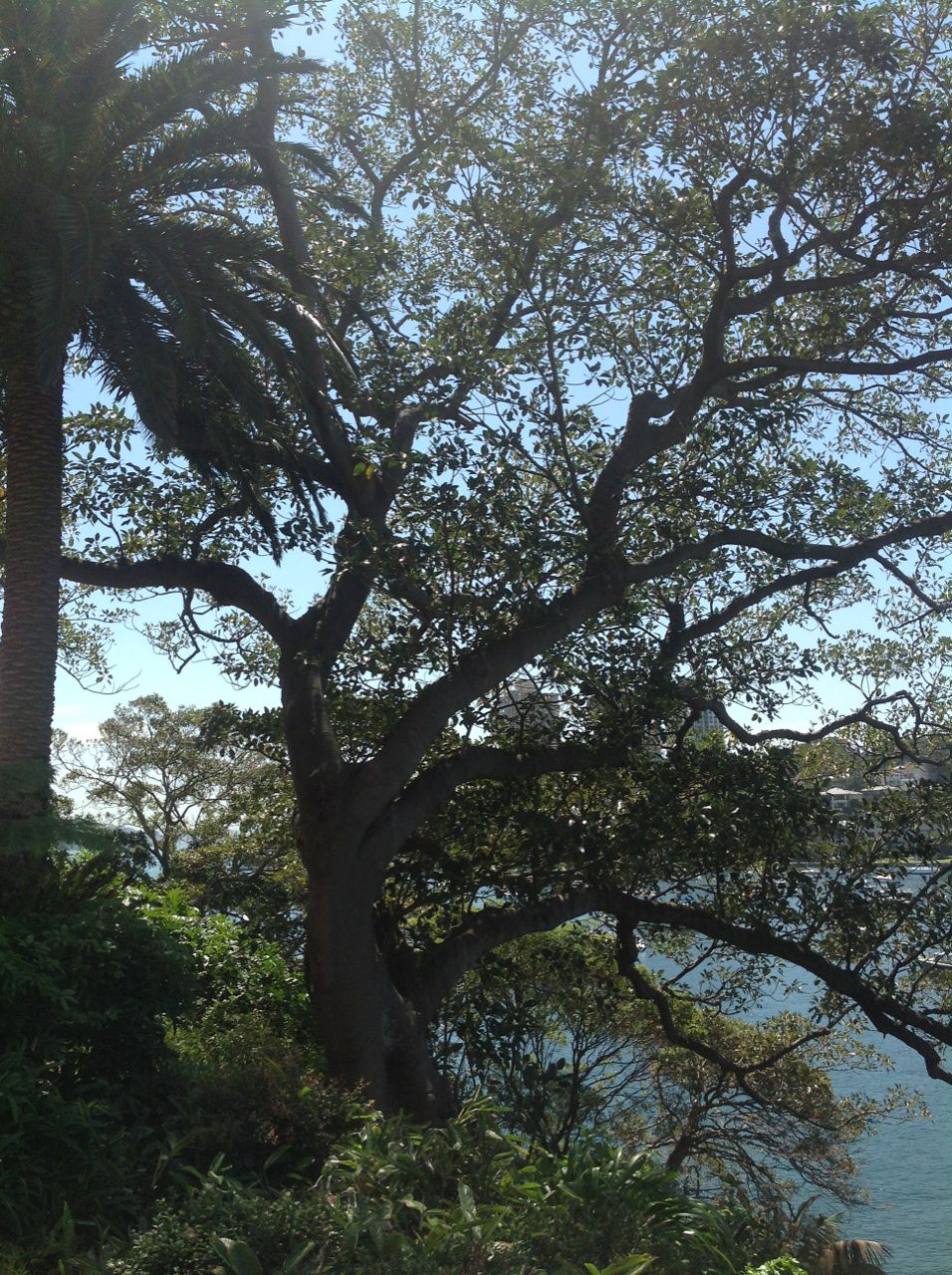 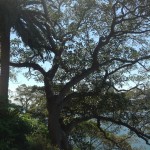 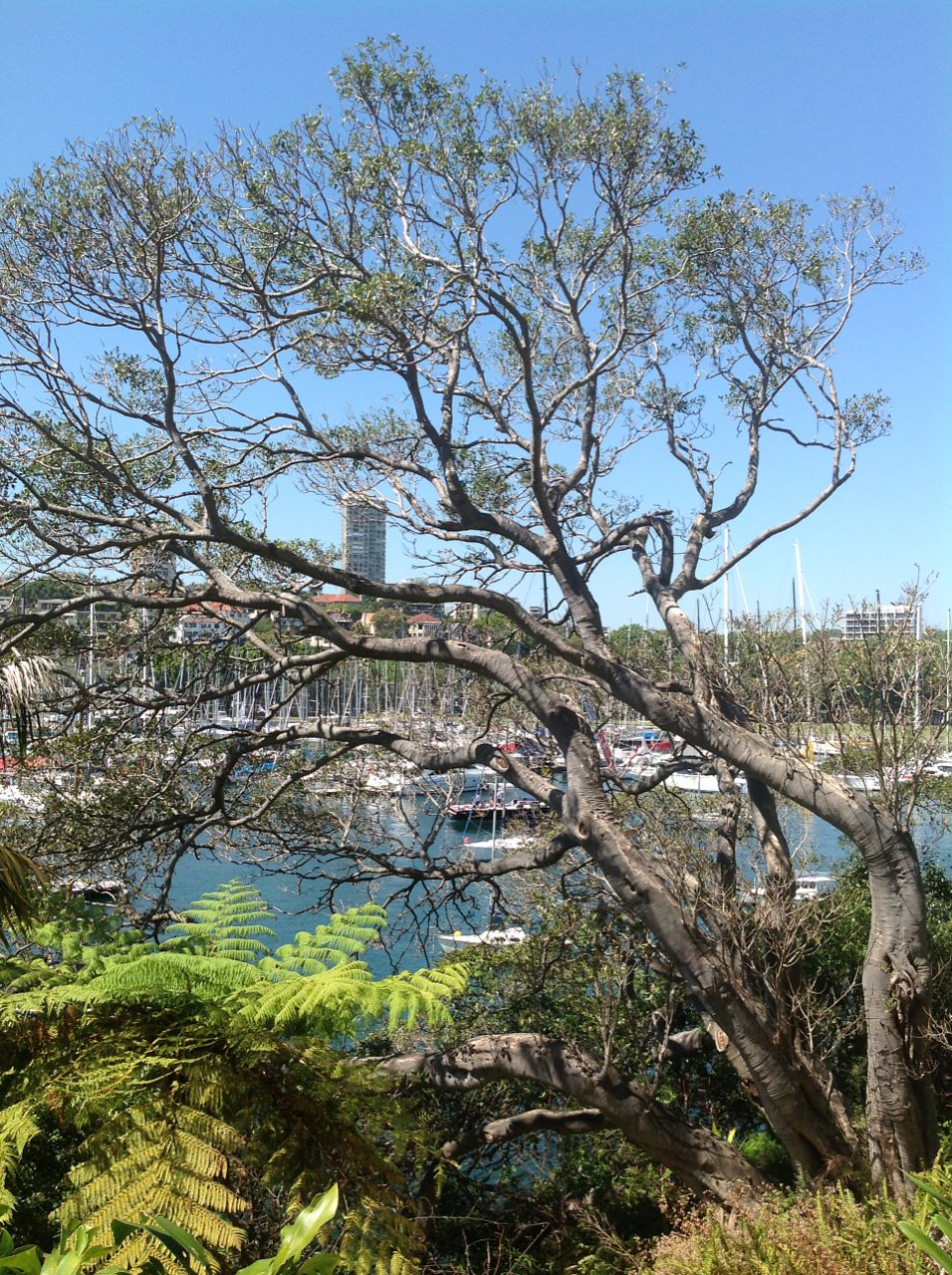 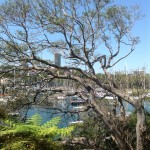 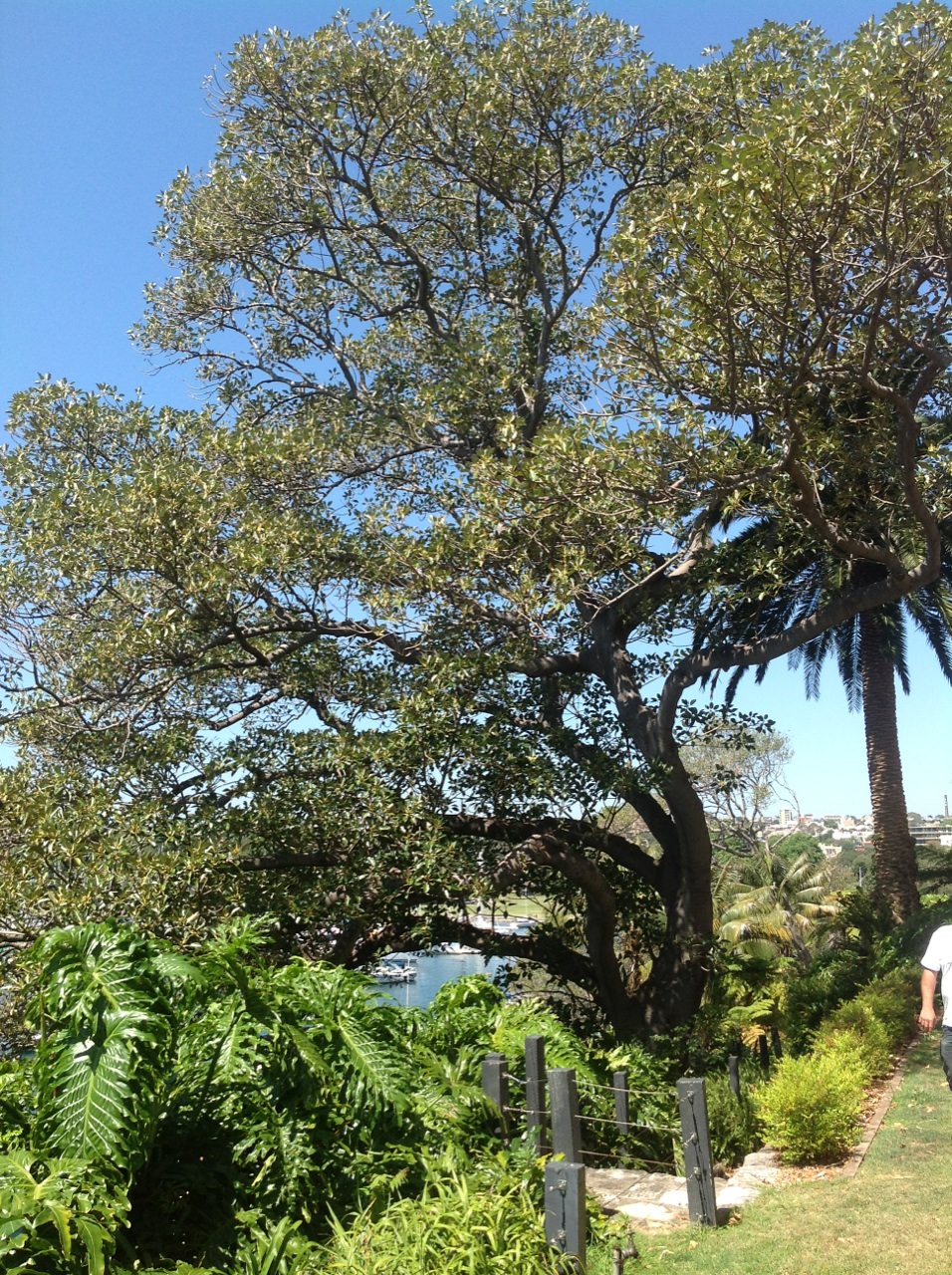 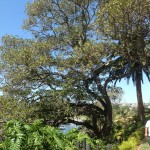 The grand Kincoppal residence (left) in 1875 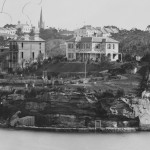