The large number of mature palms and the mature Fig brought to the site created an ‘instant landscape’, creating a new sense of place and aesthetic character. The eclectic range of exotic and native palms were clustered in various locations adjacent to the fly-over expressways above the park in order to modify the scale and negative impact of this development. They were also planted as accent plants in front of the Convention Centre and Harbourside retail area.

The translocated mature population of exotic palms (ie. Washington Palms, American Cotton Palms and Canary Island Date Palms) were sourced from nurseries and transplanters from places which may have had their own particular cultural, social, aesthetic and historic significance. The Livistona Palms are more commonly sourced from road construction sites and forestry areas which are destined to be destroyed.

Canary Island Date Palms are an exotic palm species that provides a bold accent, dramatic scale, uniform growth pattern and tolerance to drought is highly favoured in formal planting schemes. The palm is generally associated with commemorative parkland and civic landscapes established during the late nineteenth and early twentieth centuries (particularly the Inter-war Period (c.1915-1940). Significant public collections of this species throughout Sydney’s eastern suburbs have been decimated in recent years by a soil fungal pathogen, known commonly as Fusarium wilt. One of the Canary Island Date Palm was noted with the disease during field work for this Register in 2012.

The broad-scale transplanting of mature Cabbage Palms (Livistona australis), continues to be part of a broader program of ‘translocation’, first popularised in Sydney during this 1980’s period. The use of this native rainforest species, as mature, single-age group specimens in public and private developments has become a significant feature of the city and harbour-side landscapes (eg. Circular Quay East, First Fleet Park, The Rocks (refer to listing in this Register, Pyrmont Point Park and Star City Casino, Pyrmont, Fox Studios and others) and recently continued in new works undertaken in Darling Harbour such as Darling Quarter completed in 2012.

The Darling Harbour foreshore development during the 1980’s and 1990’s period transformed the landscape and created a significant open space and entertainment precinct for tourists and residents of greater Sydney. The character and landscape of Darling Harbour is defined by these examples of translocated palms and the mature Fig. They were selected to reflect the late 19th century styles of other major Sydney parks. It is a significant example of the “instant landscape” and landscape design and transplanting methods employed in the later part of the twentieth century. It is representative of the common civic landscapes of Sydney in the 1980’s and 90’s. As specimens they are significant in terms of their social, educational, commemorative and aesthetic values.

When Sydney was founded in 1788, the bay was called Long Cove because of its unusual length. The large shell middens left by generations of Cadigal people in the area soon saw the name Cockle Bay come into everyday use. In 1826 the bay was again renamed-this time becoming Darling Harbour in honour of Governor Ralph Darling-Sydney’s Governor at the time.

Commissioned by Governor Macquarie in 1812, Darling Harbour developed from a bustling market wharf to what became a major industrial and goods-handling precinct. An immigration scheme saw many of Australia’s post-war refugees and immigrants set foot on Australian soil at Darling Harbour. By the mid 1970’s Darling Harbour was a series of empty warehouses and rarely used train tracks, with only the odd vessel using its wharfs. Its magnificent waterfront address, adjacent to the city, was ripe for redevelopment. In 1984, the NSW State Government, announced the redevelopment of the area and a decision to “return it to the people of Sydney after 150 years of industrial use”.

The Darling Harbour foreshore development during the 1980’s and 1990’s period transformed the landscape and its historic and cultural heritage values. The historically reclaimed area of Cockle Bay was redeveloped with a range of facilities including the Australian National Maritime Museum, Sydney Convention Centre, Sydney Exhibition Centre, Harbourside shopping mall, the Chinese Gardens and Tumbalong Park. During later development phases the Darling Walk, restaurant precinct and Imax Theatre were added to the growing harbour foreshore attractions.

The area was landscaped with expansive paved areas, water features, amphitheatre and a broad range of translocated specimen palms and a mature Port Jackson Fig (Ficus rubiginosa) which was brought by barge from Homebush. The Fig suffered with poor drainage and setbacks from the transplanting operation for several years, but with considerable efforts, drainage and other soil issues were corrected and the tree finally appears to be flourishing. 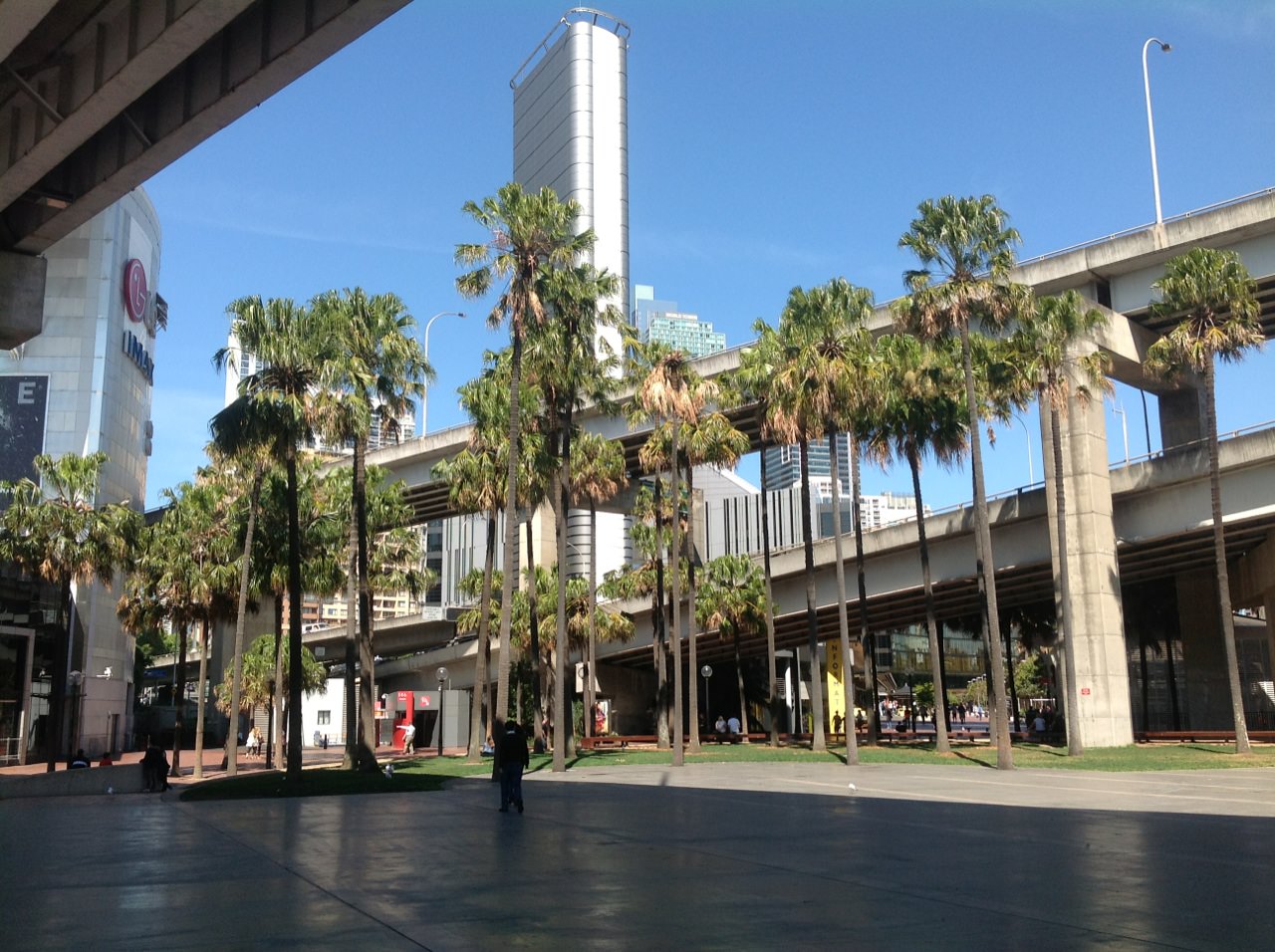 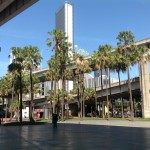 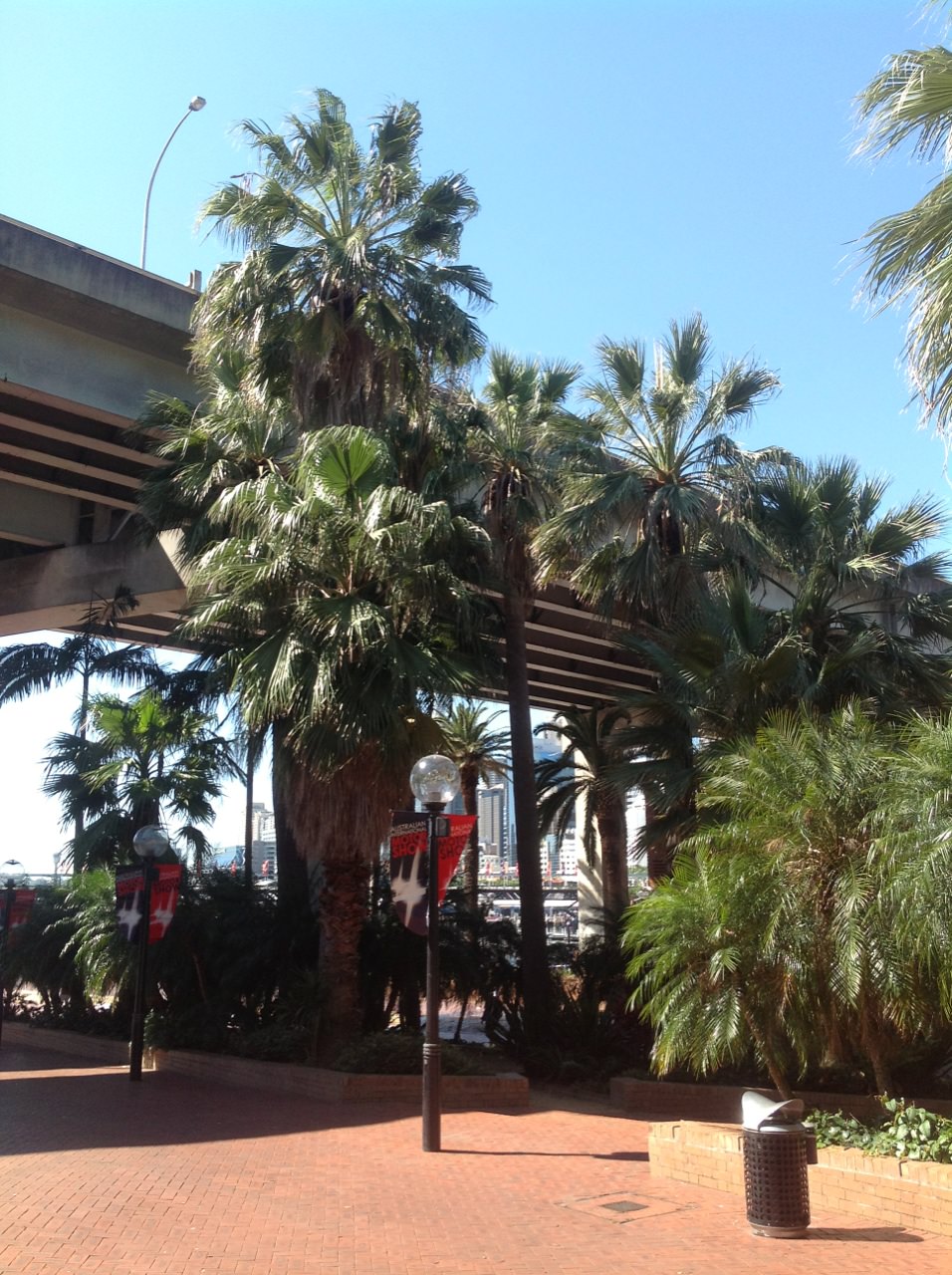 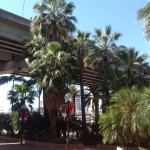 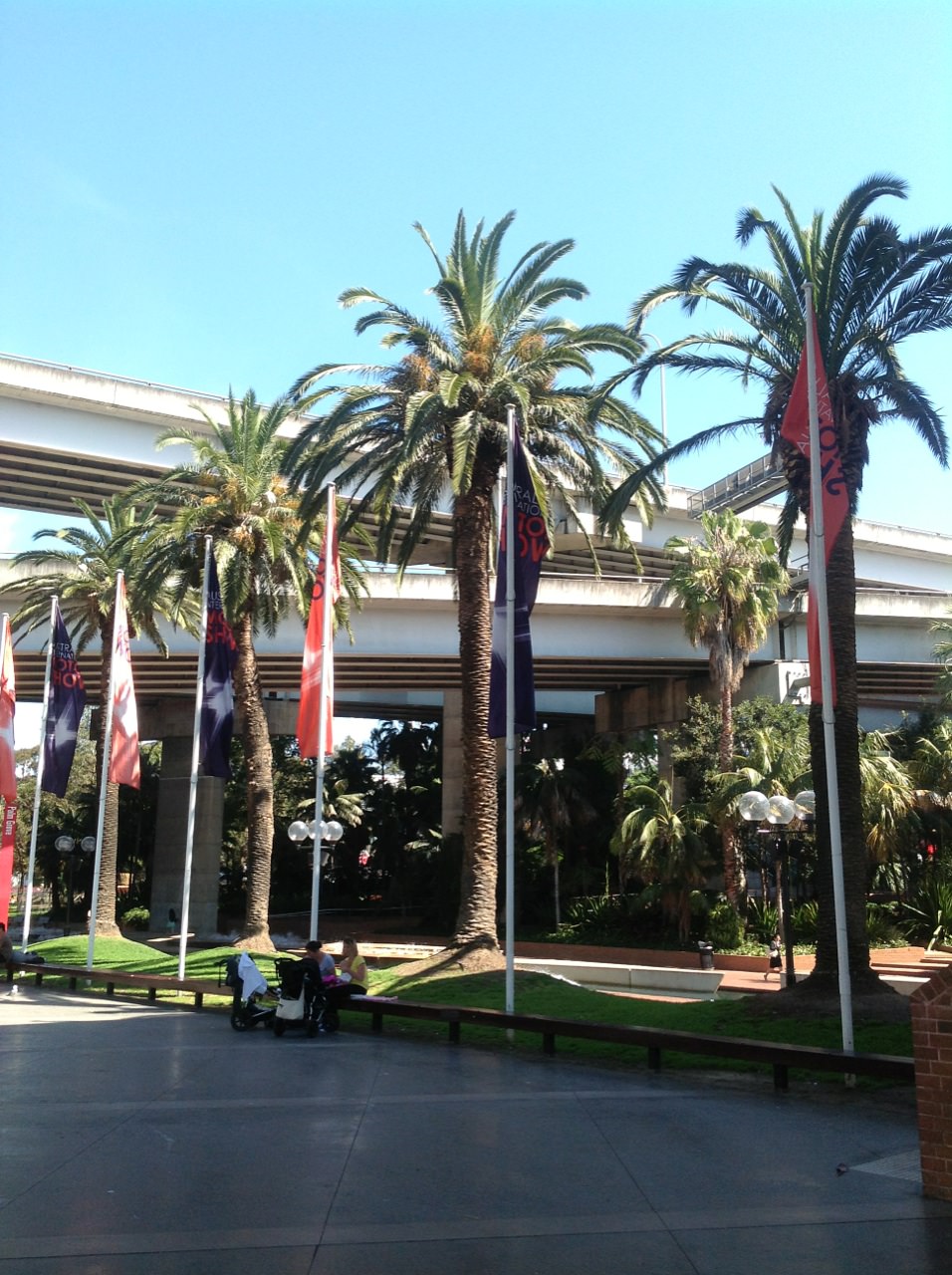 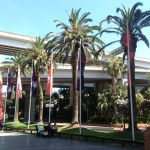 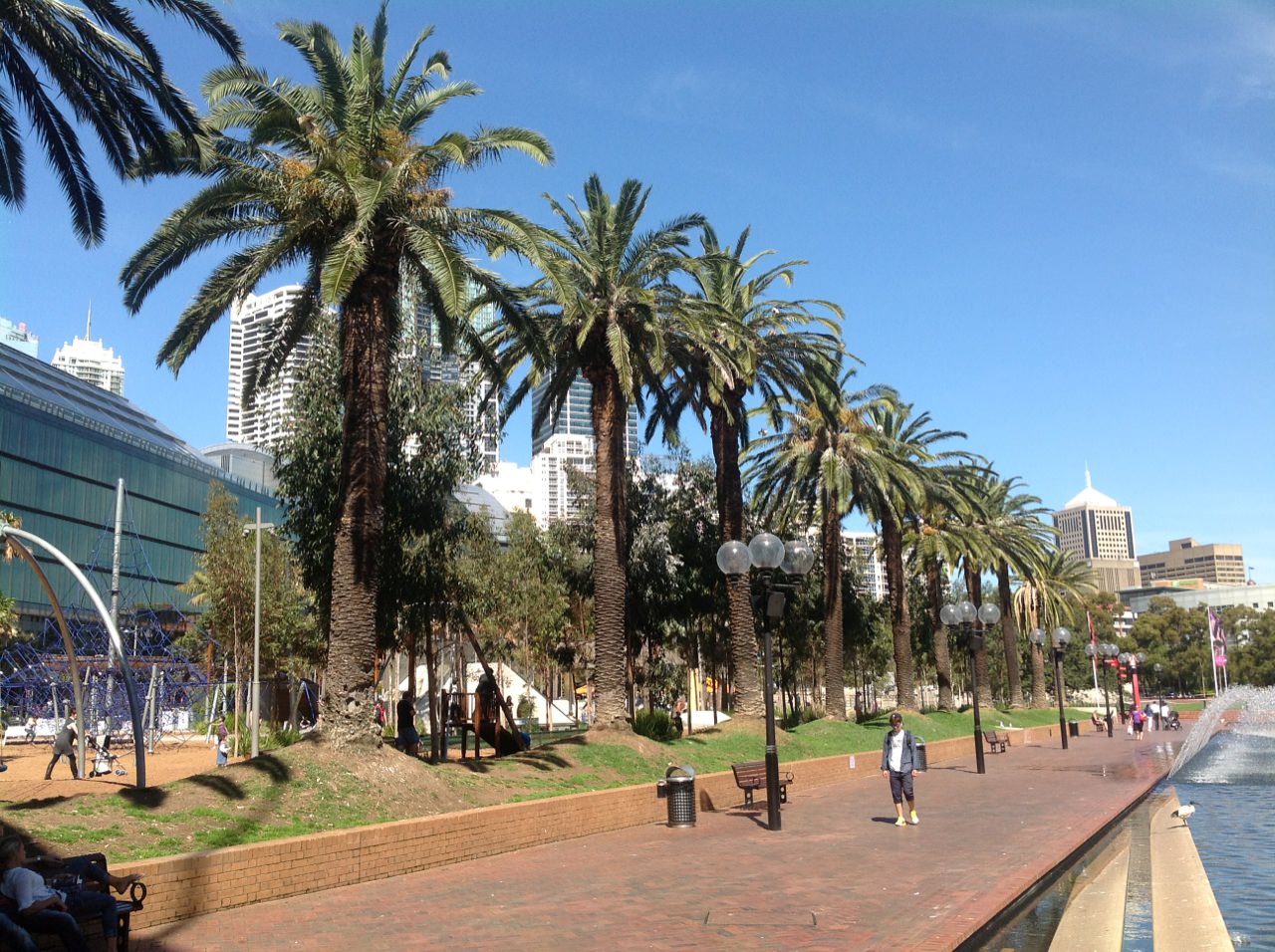 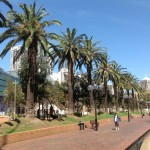 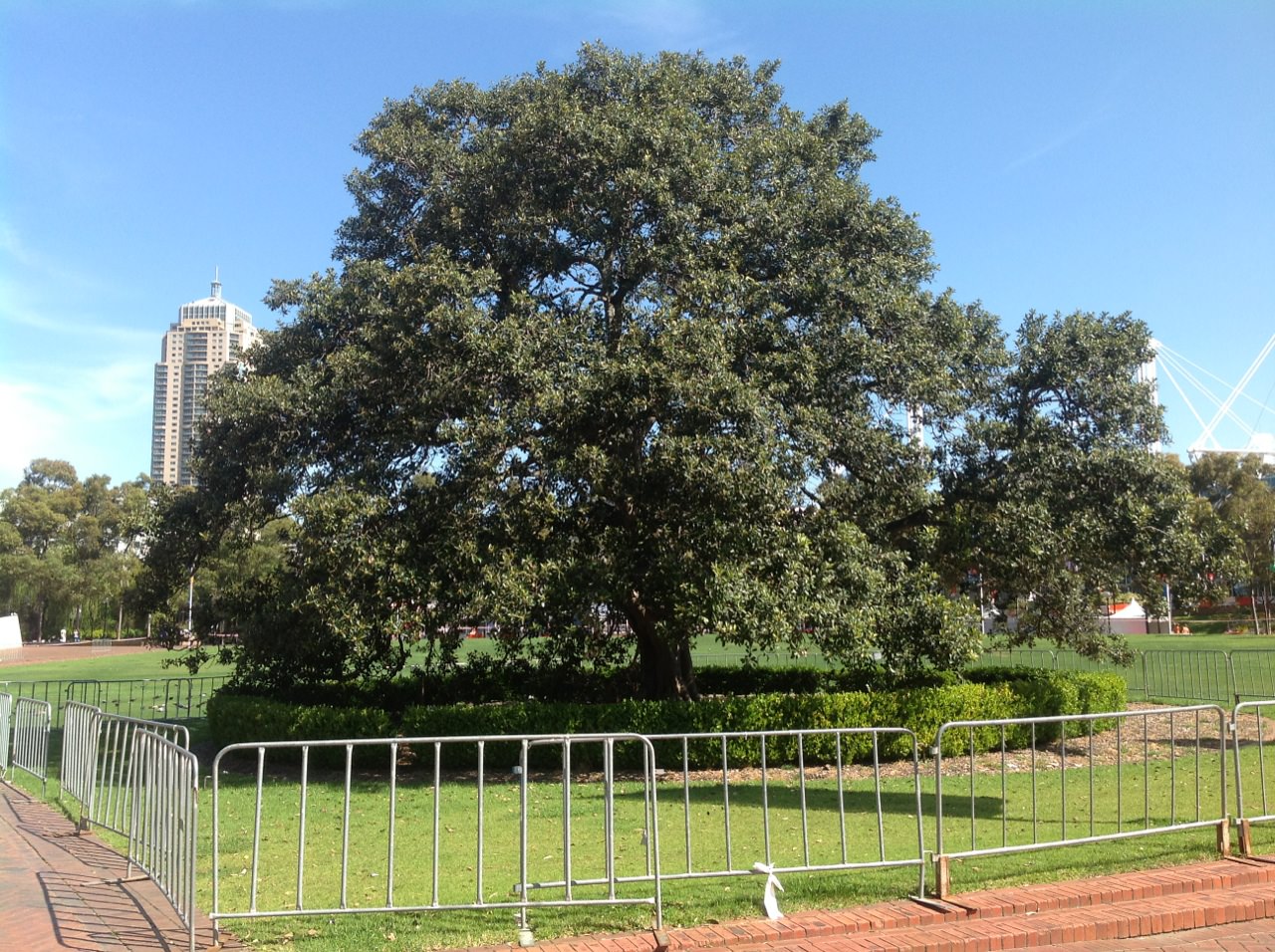 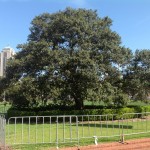 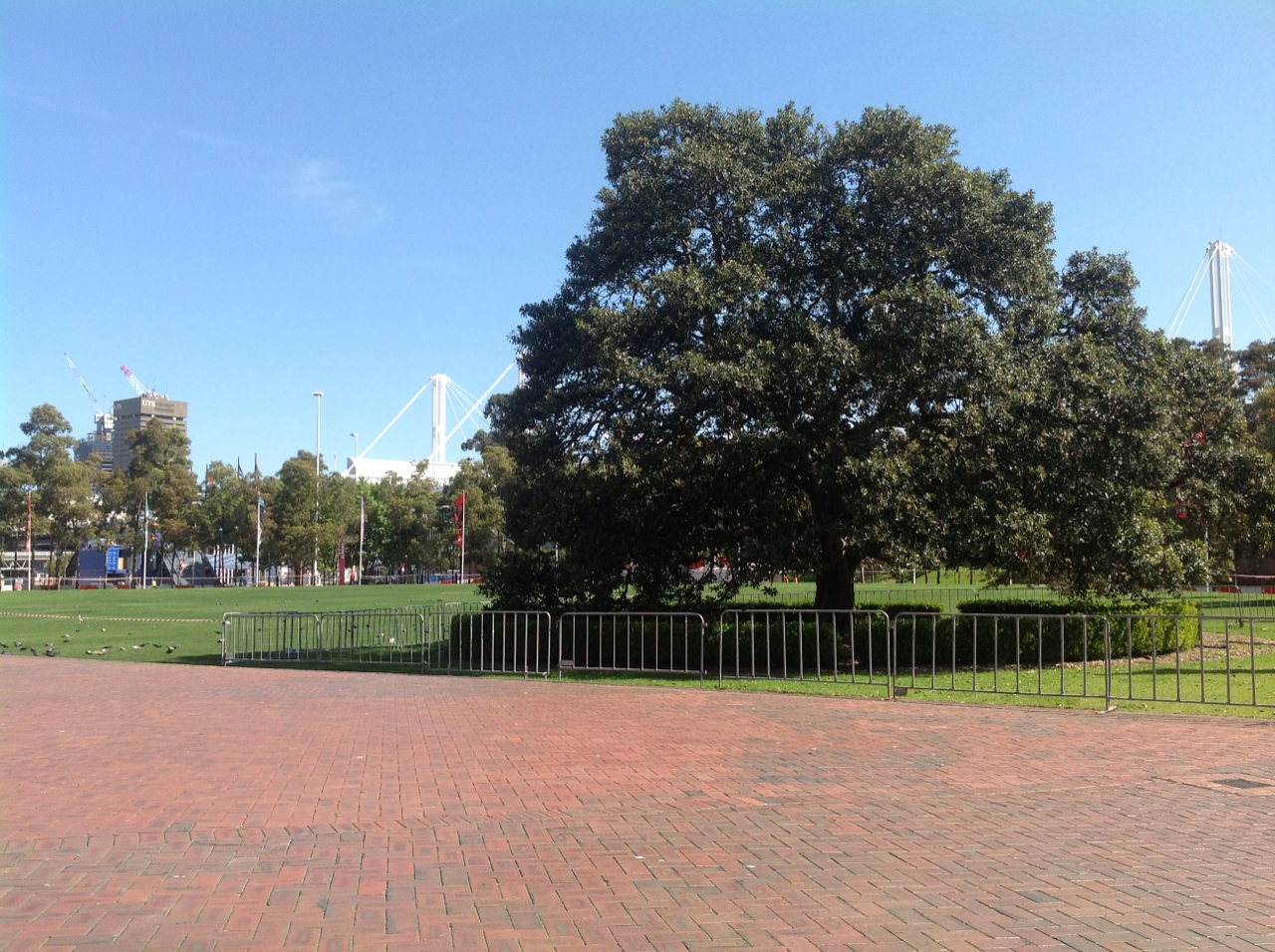 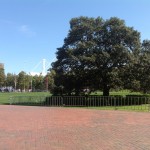 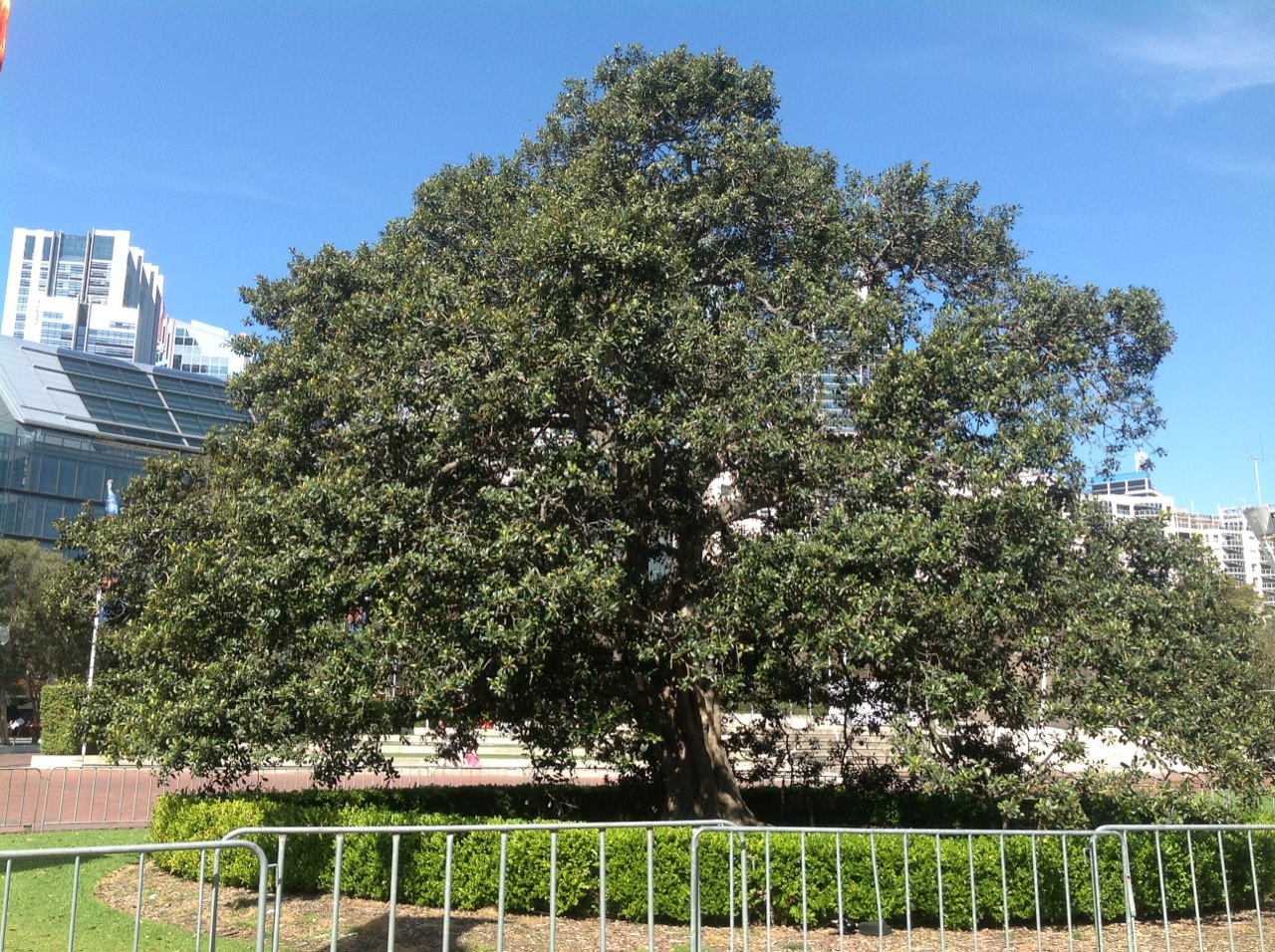 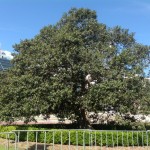